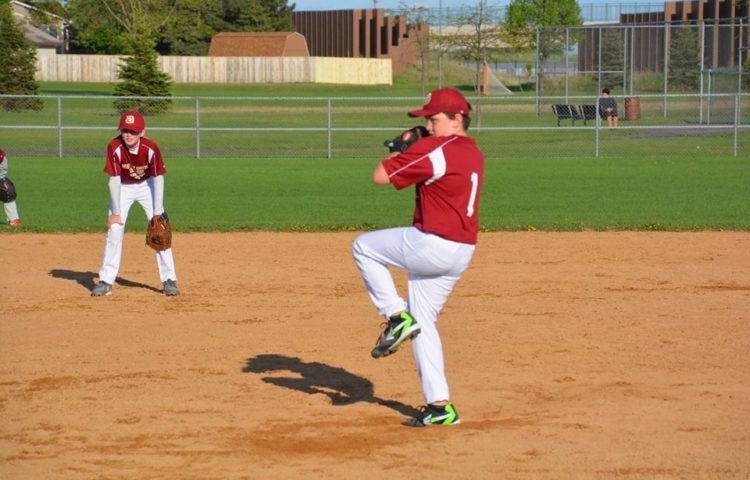 In our 15 years of selling real estate, the Jarrod Peterson Real Estate Group has been heavily involved in supporting local athletes, like the Maple Grove Crimson and surrounding communities’ sports teams.

Jarrod Peterson’s passion for supporting the Crimson family and local teams began when his children started playing youth sports. His daughter Ashley played soccer and softball, while his son Nick played youth football, basketball, and baseball. At that time, the booster clubs were asking local businesses and families to participate in leadership roles and financially donate to the organizations. Jarrod never thought that years of giving would turn into years of client relationships and business for his organization, but that is exactly what happened

In the early days, Jarrod was a strong supporter of the newly formed Maple Grove Youth Football, then Osseo-Maple Grove Athletic Association’s basketball, soccer, and baseball. As his children grew older, so did the opportunity to participate in sports sponsorships by donating to the community baseball leagues, Crimson softball, MapleBrook Soccer Club, and more. The opportunities eventually stemmed to include academic and general interest clubs, too. The DECA club of Maple Grove Senior High, the theatre group, robotics, and band are some of the other Crimson organizations Jarrod and his team have supported recently.

“Giving back to the community is an important foundation of our business and always has been since we were founded in 2005,” Jarrod Peterson said. He also added, “We cannot give to every organization out there, but we certainly try. Whether it is a senior class party donation, silent or live auction donation, or purchasing tickets to a raffle, we certainly try to help any organization in need.”

Giving back to the community has been healthy business for Jarrod and his team. “Never would I have guessed that doing something you are passionate about, such as community involvement, would lead to business in return for your organization,” Jarrod confessed. But it has done just that. In a quick estimate of the 1,000+ clients their team has served, over 80 families and transactions have come from the football and basketball programs, DECA clubs, and other organizations the team has donated and given support to.

“We contacted Jarrod first, because of his stellar reputation in Maple Grove’s real estate, and second, because of his incredible support to the Maple Grove football program,” said Deb and Mike Ruel, former clients of Jarrod’s. They were relocating to North Dakota and contacted Jarrod to sell their Maple Grove home. Mike and Deb’s son, Will, played high school football and went on to play in college. Deb added, “When we met Jarrod, it was the reputation and football connection, but we immediately trusted him to guide us in our important home sale and relocation. We are so glad we did.”

“Jarrod’s support for the Crimson team is unmatched. We needed sponsors for our annual White Out t-shirt promotion, and Jarrod, along with Malone’s Restaurant and Twin Cities Orthopedics, immediately stepped up,” said Robb Battist, “I always enjoy interacting with Jarrod because of his generosity, character, and leadership in the community.” Robb was instrumental in the fundraising efforts for the Crimson boys basketball program in prior years.

In addition to financial support for these organizations, Jarrod Peterson and his team are involved in community advisory boards, non-profit boards, and donate hundreds of volunteer hours to various organizations each year. To learn more about all the community giving the Jarrod Peterson Real Estate Group participates in, check out their website.

No matter how busy we get as a team or how successful it appears we are in the community, we are never too busy to help you. We want to be your real estate partner and help you achieve your goals.